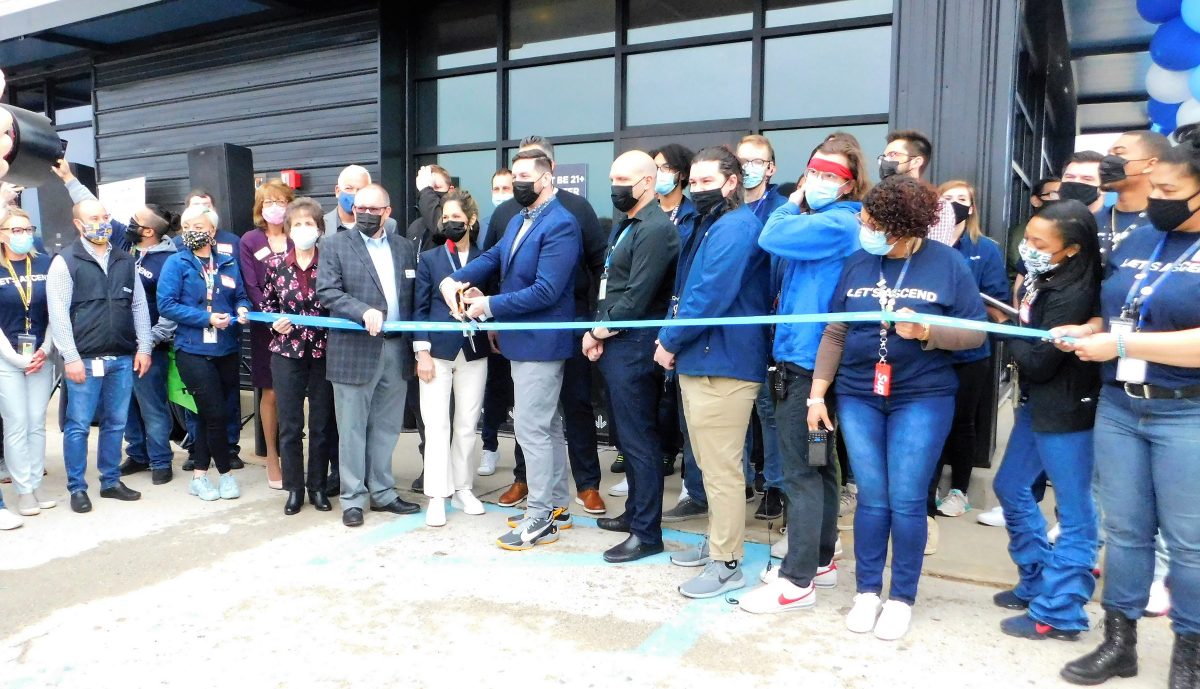 The spacious interior of the Ascend cannabis dispensary includes this showroom for customers.

Ascend Wellness Holdings LLC, a multi-state operator of cannabis dispensaries, formally opened its newest facility in Fairview Heights on Thursday morning, March 25, with a ribbon cutting ceremony attended by Mayor Mark Kupsky and other city officials.
Located at 114 Commerce Lane in a building formerly occupied by a Babies R Us retail store, Ascend’s second location in southwestern Illinois is a 5100-square-foot structure with state-of-the-art features including a high level of security.
Ascend’s operations exist in four other states (Michigan, Ohio, New Jersey and Massachusetts) and it has a dispensary in Collinsville that was opened at 1014 Eastport Plaza Drive on January 1, 2020 plus another two in Springfield. There is a total of 12 Ascend retail locations and three properties where its products are cultivated.
Information disseminated by Ascend indicate that the Fairview