GTA In Portland Is A Terrible Idea – Kotaku 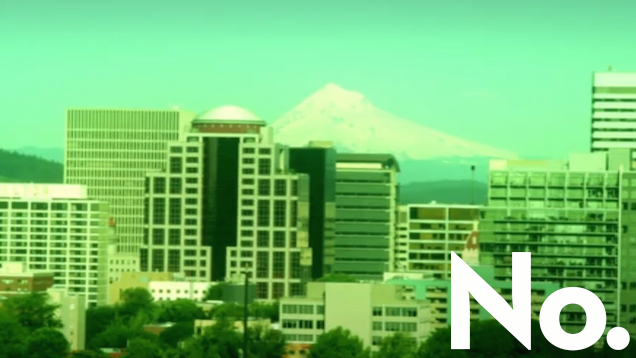 The Grand Theft Auto series has taken us to destination cities like London, New York, Miami, and Los Angeles. There has not, however, been a GTA game set in Portland, Oregon. That is probably for the best.

Over at the blog of real estate company Movoto (via NeoGAF), writer Willie Clark has published an article in which he argues that the next Grand Theft Auto game should be set in Portland. I like Grand Theft Auto just fine. And while I am a relative newcomer, I like Portland, too. But no, the next GTA game should not be set here.

Clark’s post is mostly just a harmless bit of real estate puffery. I’m not sure he actually believes that GTA VI should be set in Portland or anywhere else; he’s just found a fun way to list the number of police stations and cafés in Portland vs. GTA V‘s fictional Los Santos. (There are apparently 637 Portland cafes listed on Yelp. That feels about right to me.)

Here’s a map that Clark says indicates what Portland would look like in GTA VI:

Yikes, that is bleak. I do not want to play that game.

For the sake of argument, let’s break this thing down.

Actual Reasons Portland Would Be A Good GTA City:

That’s all I got. Portland is a lovely city: It’s affordable, there’s good music, the food is amazing, you can bike everywhere, and we just legalized pot. Unfortunately, none of those things are all that relevant for a GTA game.

In conclusion: Sorry, Mr. Clark, but no sale. The next Grand Theft Auto game should be set anywhere but Portland.