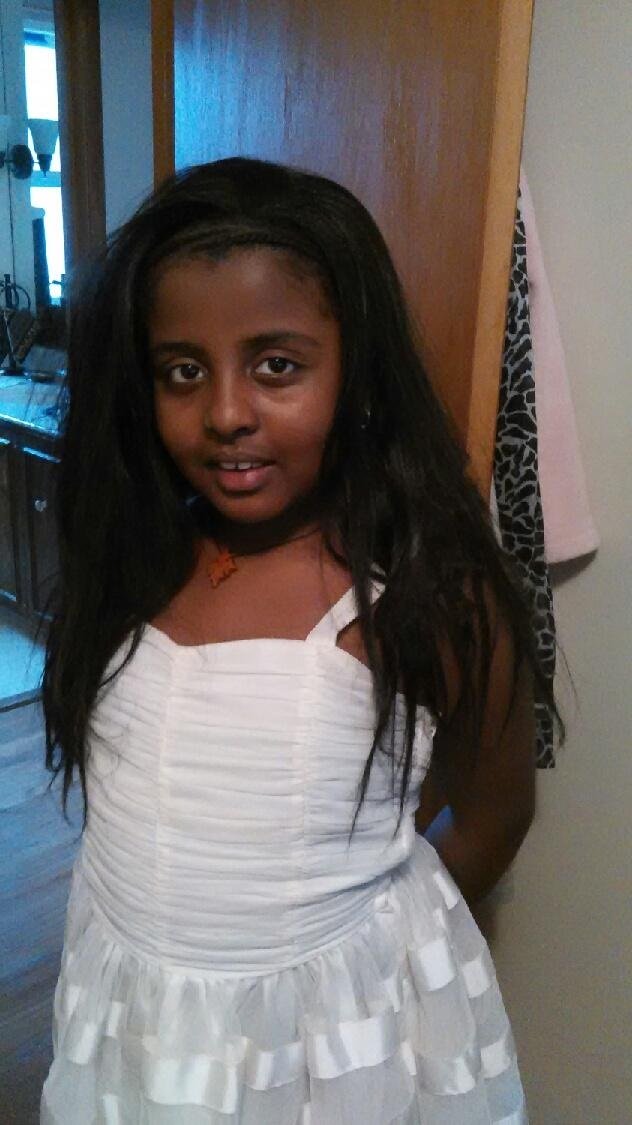 UPDATE: Mary was returned home safely at about 9:45 p.m. by a community member who saw her walking alone at Northeast 162nd Avenue and San Rafael Drive, about three miles north of her home.

PORTLAND, Ore. – Police is asking for the public’s help with finding a missing 9-year-old girl from Southeast Portland.

Mary Hinika was described as a 4-foot tall black girl with a thin build and long black hair braided in the front. She was last seen wearing a pink and white robe, pink and white pajamas, pink shoes and a pink backpack, Portland police said.

Mary speaks and understands English, according to police.

She was reported missing from her home in the 3000 block of Southeast 171st Drive by her mom at about 7:15 p.m Wednesday.

She was last seen at a neighborhood market at Southeast 174th Avenue and Division Street at about 7:45 p.m.

There is no information that indicates foul play and it is believed that Mary may be wandering in the area, police said.

Officers are searching a large area from Southeast 162nd to 182nd avenues, from Powell Boulevard to Stark Street.

The Portland Police Air Support Division and volunteers from the Multnomah County Sheriff’s Office Search and Rescue Team are assisting with the search.

Anyone who sees Mary is asked to immediately call 911.

Celeb Mike Rowe: I am not the Medford, Ore. bank robber