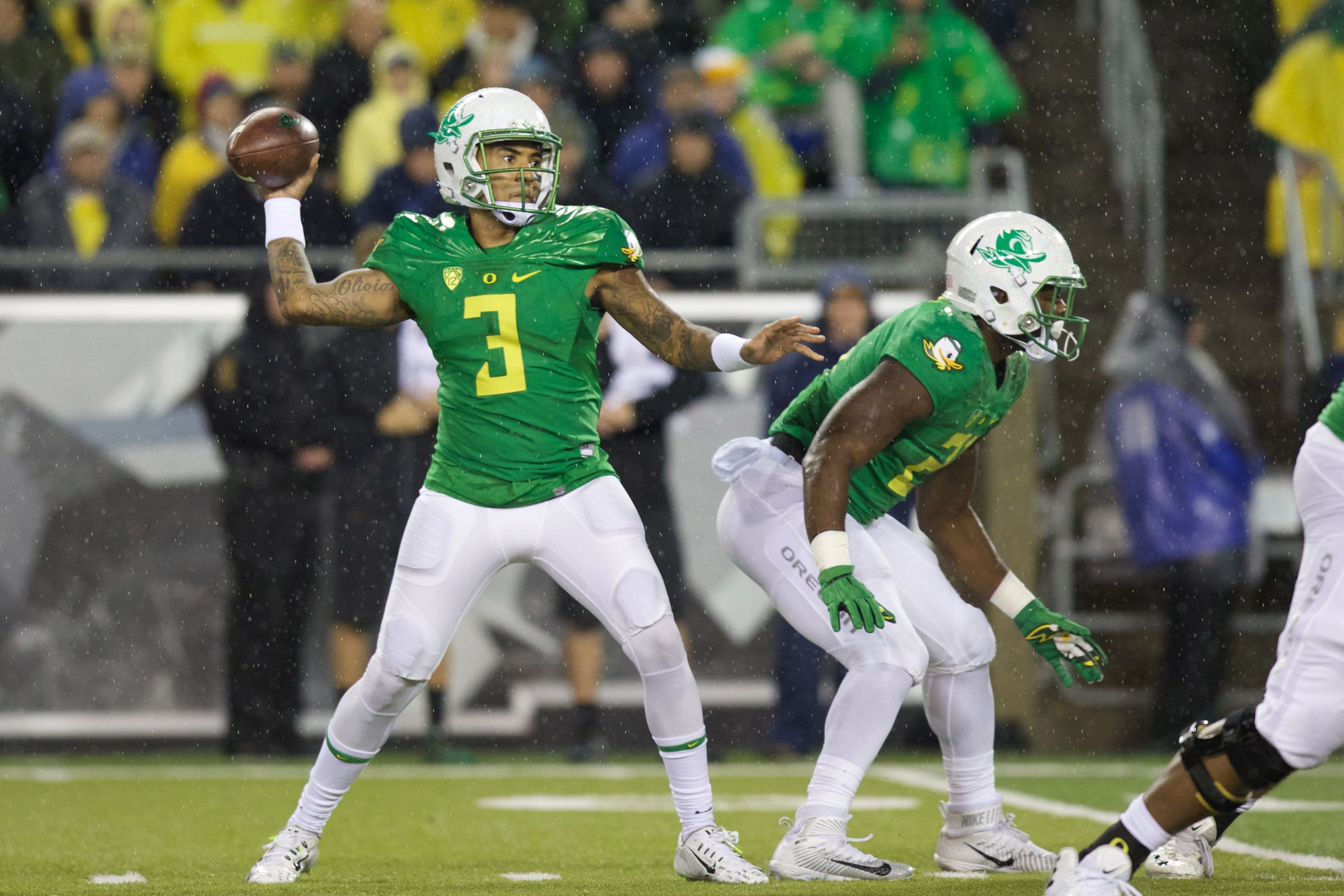 Oregon is now an underdog, and the Ducks are dangerous.

This is usually the biggest game in the Pac-12 North every year, but earlier this season, after Oregon stumbled to a 3-3 start, it looked like this game wouldn’t really matter. However, Oregon has battled back to win three straight, thanks to the return of quarterback Vernon Adams, and suddenly this could be a tough game after all.

Oregon’s defense isn’t what it has been in recent years, and the Ducks don’t have a Heisman-caliber quarterback like they had in Marcus Mariota. However, the team has improved under the direction of graduate transfer Adams, who scorched Cal both through the air and on the move last week. That’s three straight wins against Washington, Arizona State and Cal, and now the Ducks have the ability to turn a merely respectable season — though disastrous by their own expectations — into a very good one.

There’s even more pressure on Stanford, though. After losing their season opener to Northwestern, the Cardinal went on a roll, taking down USC and UCLA in the process. Now, they’ve all but won the Pac-12 North, but they haven’t dominated in every game, needing a missed field goal to beat Washington State. Oregon could be a dangerous opponent for a defense that isn’t as incredible as it’s been in the past, but the offense could have a field day.

How to watch, stream and listen

Spread: Stanford is favored by 10 points.

Make friends: Get to SB Nation’s team blog chats for this game at Addicted To Quack for Oregon fans and Rule Of Tree for Stanford fans.

1. Adams could be an X-factor in this game. If he can limit his mistakes, he has a chance to lead Oregon to victory and help pull off the upset.

2. With the Heisman race now wide open, Christian McCaffrey could use a huge game to propel him into the group of favorites. He’ll have ample opportunities against a weak Oregon defense.

3. Playoff implications! This is a must-win for Stanford. Lots of other contenders will be wearing their [whatever color Oregon is today] shirts.

Get all kinds of college football stories, rumors, game coverage, and Jim Harbaugh oddity in your inbox every day.